Miss Eliza's English Kitchen was a very intriguing read. I do like a good historical fiction from time to time, specially when it is based in real facts and real people (if you like historical fiction, see Tsarina- it even made on my top 10 of 2020) and this one did not disappoint. Perfection! 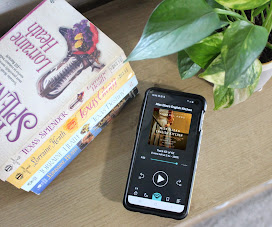 In a novel perfect for fans of Hazel Gaynor’s A Memory of Violets and upstairs-downstairs stories, Annabel Abbs, the award-winning author of The Joyce Girl, returns with the brilliant real-life story of Eliza Acton and her assistant as they revolutionized British cooking and cookbooks around the world.
Before Mrs. Beeton and well before Julia Child, there was Eliza Acton, who changed the course of cookery writing forever.
England 1837. Victorian London is awash with exciting new ingredients from spices to exotic fruits, but Eliza Acton has no desire to spend her days in the kitchen. Determined to be a poet and shamed by the suggestion she write a cookery book instead, she at first refuses to even consider the task. But then her father is forced to flee the country for bankruptcy, shaming the family while leaving them in genteel poverty. As a woman, Eliza has few options, so she methodically collects recipes while teaching herself the mysteries of the kitchen. And to her surprise, she discovers she is not only talented at cooking—she loves it.
To assist her, she hires seventeen-year-old Ann Kirby, the impoverished daughter of a war-injured father and a mother losing her grip on reality. Under Eliza’s tutelage, Ann learns about poetry, cookery, and love, while unravelling a mystery in her mistress’s past. Through the art of food, Eliza and Ann develop an unusual friendship and break the mold of traditional cookbooks by adding elegant descriptions and ingredient lists, that are still used today.
Told in alternate voices, this is an amazing novel of female friendship, the ensuring struggle for freedom, the quiet joy of cookery, and the place of food in creativity all while bringing Eliza Acton out of the archives and back into the public eye.

The story is told alternately by Ann and Eliza. We get a good view in the way each of them thinks and how, although their lives are completely different, some of their fears and internal struggles are oh so similar.

Eliza wants more than the world of her time allowed a woman of her age that was still single to have and do. She wants to write poems and ends up writing a cooking book instead. I dare you not to be hungry while reading this one. It is virtually impossible. Annabel Abbs did a great job at describing every little morsel of food in perfect detail, from the look, to the taste, and aroma. Eliza has a wonderful soul, but throughout the book she realizes her struggles are perhaps not as harsh as those less fortunate, such as Ann. And towards the end, we also find that her struggles are not as simple as being a spinster, there is more to it.

Ann also wants more than what the world of her time allowed of woman of her station. She is very poor, with a drunk as a father, and a mother with serious mental health issues. She ends up working as Miss Eliza's assistant and the two bond over food. Ann is very young and it is intriguing to see her grow as a woman. It is also at times disturbing, man at that time could get away with just about anything done to the help.

The book was mesmerizing from beginning to end. Kept you engaged and wanting to know how it would all unfold. And although it is a work of fiction, it is based on very real facts. Elizabeth Acton produced one of the very first British cooking books for housewives having a list of measurements and precise instructions, though I think in her book all the ingredients where at the end of the recipe rather than at the beginning, as we have today.

Highly recommend this one to anyone that loves a good historical fiction!