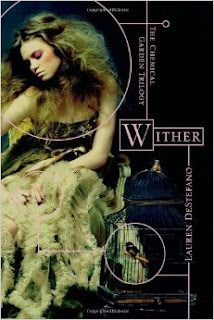 Prior to reading this series I have never even heard of this author. It is a wonderful thing to be involved in a community that shares their book experiences and are willing to recommend great stories to one another. I was recommended this series/author by a fellow bookstagrammer (Instagram: @rusticwolvesandpaperfoxes , blog: rusticwolvesandpaperfoxes.wordpress.com) and I will be grateful for a long long time.

Lauren SeStefano's writing is beautiful. You are transported into the story!
The characters are believable and their feelings and thoughts so well portrayed you almost believe they are real. There is so much pain in those books, the emotional connection is impossible to avoid.

The story is complex, there are many sides to almost all characters and the pieces are not obvious to put together. It is, in many ways, not just an YA, but a great suspense.
Can you imagine knowing exactly when you are going to die? That is the main theme behind the characters motivations. Due to a terrible virus/genetic disorder, girls only live to the age of 20, boys to the age of 25.

Rhine, the main character, is strong willed, determined and loyal to a fault. But she is also extremely vulnerable. Those two sides of her personality are better explored on the second book, but there are sure glimpses of it on the first book as well.
Her hate and her pain are her motivators, are the things that keep her going. But when she gets to know those who have been taken captive with her, those held captive in the house, and even the man she was forced to marry, those motivators are shaken and become hard to hold on too. This however does not deter her from her ultimate goal: escaping! 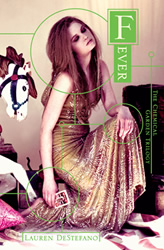 These feelings shape and change her future (mostly book 3), where her love for the people she once tried to hate become her driving force. But please don't go on thinking she is a one dimensional character who simply feel in love with her captor, it is not as simple as that. She does love him by the last book, but he is not the one she is 'in love' with. There are many depths to her character and to the book as a whole.

The next character worth mentioning is Linden, the man she was forced to marry. Many reviewers describe him as someone weak. I LOVED Linden, my heart broke for him and with him through out the series. There is nothing weak about him. He is clueless, he lives in a world were the truth is hidden from him and where it remains that way until the very last book. It is not until he finds Rhine taken captive by his own father that the truth begins to sink in for him. As his uncle puts it: 'ignorance is bliss'. He is naive, but not weak. He fights for her and he fights for his other wives, but he fights with the little truth he has in his hands.
And the depth of his heart and of his love is immeasurable. By the time Rhine comes in he has already suffered more than anyone his age should have.
Towards the end of the series, Linden had become such a force of nature in my eyes that I found myself torn between rooting for Rhine's and Gabriel's freedom and wanting her to stay with Linden. She made him stronger, braver, happier. And he deserved that. His ending broke me to immeasurable levels. I said this on my bookstagram (@glimpses_of_me) and I will say it here too: I have not felt book related pain like this since Sarah J Maas and Morghan Rhodes, and those two authors are great at shredding your heart... 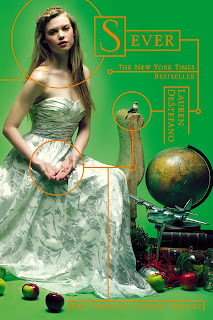 The sister wives are as complex as Rhine. You might not think that to start with, specially when it comes to Cecily, but you will be surprise to see how much she changes and grow through out the series. She is still child at the end, but a child that is also a mother and has suffered enough to know the world is not as simple as she would like it to be.

In my humble opinion, this is, as are the books from author's mentioned above, a book geared to an older YA crowd. I don't think a young teen with no life experience would be able to identity with the complexity of the characters, or would understand the difficulty of the choices they have to make. The emotions portrayed require a certain amount of maturity to resonate with the reader.

I could not recommend this enough.
Go Read.