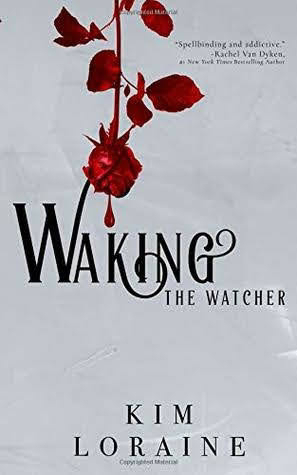 Waking the Watcher
Denying the Watcher
Releasing the Watcher
This serieswas a fun paranormal and erotica trilogy. Each book focuses on a different couple but the
background story on the first two books gets resolved in book 3, and as such, the series should
not be read out of order. The background story is Sariel’s, an angel who fell from heaven when
he chose to stay on earth with the woman he fell in love with instead of being a ‘watcher’ for
God. His job was to watch, not to interact and interfere. When he fell, so did hundreds of others
hoping to find the same kind of love that he did. Some did, some are now under the influence of
Lucifer. Sariel’s love died not long after he fell -during the flood- and he has spent thousands of
years dormant with no body of his own inside the mind of others.
On book one he wakes up. He believes that the vampire whose body he is inhabiting has found
the reincarnation of his mate. But is she his mate, or is she the vampire’s mate and he is just
confusing the vampire’s feelings with his own after being dormant for so long?
SPOILERS AHEAD
On book two he is inhabiting the body of Galen’s (vampire on book one) best friend, Devin.
Devin wants a chance to get his soul back and not end up in hell when he finally dies. They
have a deal: Devin gets 5 more years on earth doing whatever he wants without the interference
of the fallen angel in his head, and when the 5 years are up, he gives control to Sariel. During
that time both fallen angel and vampire must fight with the army of God to eradicate or redeem
the other fallen angels.
Needless to say things don’t go according to plan. Devin finds his mate. But so does Sariel.
And in book 3, we finally get Sariel’s story!
We get glimpses into who he was and the time he fell intertwined with the present. The
reincarnation of his mate is not just in love with another man, she is engaged to be married.
Angel Gabriel warns him to leave them alone, to not risk her and his soul, but can he?
Overall I really liked this series. I wasn’t sure to start, it was a little odd. But after a while, that is
what I liked about it the most. It was different from any other vampire book I’ve read in the past.
The first few pages in book 1 can be a struggle. The way Gallen talks about sex and his male
parts is off putting, but if you stick with it you soon understand why. Vampires can’t have sex.
Hundreds of years stuck. That changes if you have an awake watcher in you, which happens
when Gallen meets his mate. The chemistry between them was on point and a fun read. A
definite 4 stars. Book 2 was 3 stars for me. Although I liked all the characters there was a lot of
sex for the sake of it with no chemistry to speak of. I don’t like that, not even in erotica. And the
last book was no doubt my favorite. We get to know Sariel pretty well in the first two books and it
is hard not to feel for him.
I would give the series a 4 stars overall :) 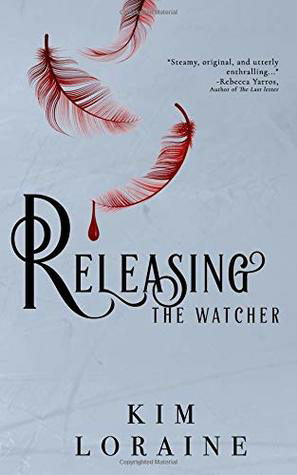