The tales fall exactly half and half to me: 3 good ones, 3 bad ones.
The illustrations in the book are AMAZING! I absolutely loved them. But the stories that go along with them missed the mark. Some by a lot, some by a little... They weren't bad, Leigh Bardugo's writing style is nothing but perfection, but the plot at times lacked.
The tales all reminded me of fairy tales we have heard before but with a different ending.The thing is... the beauty of tales is that they are dynamic, full of twists and turns, but all have a satisfactory and heart warming ending. Something none of these tales do. Most of the endings felt either abrupt/unfinished or just uncomfortably different. 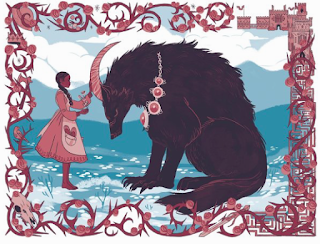 Those are the six tales within the book:

Ayama and The Thorn Wood- 4.5/5
This and the lat story were my favorites!
This one reminded me both of Beauty and the Beast and Cinderella. Ayma is not treated well by her family and she finds herself a prince. The problem is that this prince is a beast, a beast that is also not treated well by his family. He understands and listens to her and she rather enjoys having someone listen to her.
The tales Ayama tells the beast are captivating. Even better than the actual main tales in this book if I may say so...
I thought this tale was super sweet and very well written, I am just sadden that neither character got developed much. It felt rather rushed. 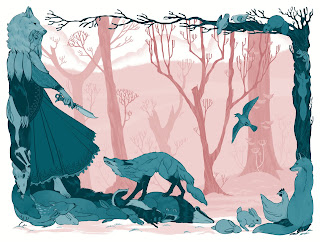 The Too-Clever Fox- 3/5
This tale is about a Fox that should have been killed at birth but survived the odds (ugly duckling?). Through wit and clever thinking he survives all the dangers. When a hunter starts killing off the animals in the woods the Too-Clever Fox decides he will get the best of the hunter. Things didn't work quite that way...
It was a slow read and the ending felt a little strange, a bit too realistic and dry for a tale. But it was not a bad story. 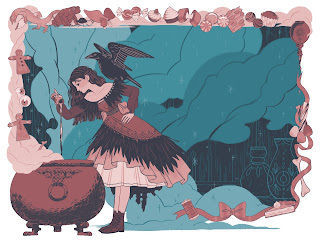 The Witch of Duva- 2.5/5
The right story to read at Halloween I suppose... a tad creepy!
It is a tale of a girl who loses her mum and ends up with a stepmother that does not treat her well. During the final paragraphs we find out there was more to the stepmother than we were meant to suspect. There is zero background on the woman, on the real villain, and on the main girl herself. It all felt rushed and lost. I can't say I felt comfortable reading it. 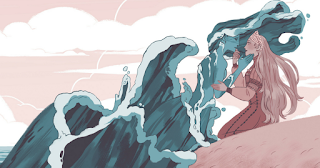 Little Knife- 1.5/5
Dull Dull Dull
The worse tale in the bunch.
There are males we know absolutely nothing about going through a bunch of tasks to get the girl that is so pretty one falls in love with her the second they lay eyes on her. She chooses none of them. The end.

The Soldier Prince- 3.8/5
This will remind you of the Nutcracker and all in all was a good tale.
Our little Soldier was created by a man in love with a little girl, he gives the toy to her to try to win her over. The toy must find out all of our little girls wishes and desires and report to his creator.
The girl falls for the toy, and the toy for the girl... They go together in magical adventures every night. The toy eventually realizes he wants to be more than just a toy... Here is where it gets interesting, for the girls brother wants to help the toy to be more than just a toy. I actually believe it would have made for a much better story had the Soldier Prince gone away with the brother. It was also a tad repetitive at times, but the ending was quite fun.

When Water Sang Fire-4.6/5
I hated the ending, felt rushed an unfinished. But, it was a great tale! I don't know if it is meant to, but to me it felt like the prequel to Little Mermaid. The story of how Ursula become so evil.
Its the tale of Ulla, a powerful mermaid that doesn't look like she belong. Her best friend, someone she would anything for is in love with one of the princes, a cunning one at that. She is eventually betrayed by them both, but she survives! And then.... well... that's my problem with the ending, the story just abruptly ends! I also want more on her brother, much much much more! (but that might be my Darkling obsession talking)