April 28, 2019
I fell in love with Linda Kage's writing when I was introduced to her work with Monster Among the Roses - It was AMAZING!
I wanted to love this one too, but I neither loved it or hated it. Some parts were brilliant, others really annoyed me.
The blurb:
After I caught my boyfriend cheating, I tried to be mature about it with an amicable split. But he took his retaliation too far, and I have officially had enough. No more Miss Nice Haven.

No one is allowed to lie to me, betray, embarrass, and devastate me, fill me with self-doubt, or put my future at risk, and expect to get away with it. He is going to feel my wrath.

Nothing would provoke my ex more than to see me moving on with the one guy he hates most, so that’s exactly what I plan to do.

The only hitch in my brilliant scheme is Wick himself. He’s just gotta be all love-not-war and peace-is-the-only-way. He’s more concerned about helping me heal than seeking my sweet revenge.

And what the hell is it about his soothing presence and yummy looks that calls to me until I forget how much pain I’m in? He’s making it awfully hard to use and abuse him for my malicious means. The damn guy is making me fall for him. 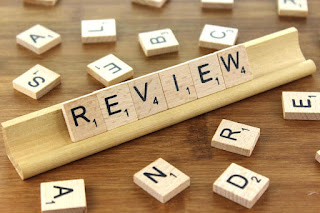 Wick was AMAZING! His character was written perfectly. I felt his passion, his pain, his determination. He was a very strong character and sacrificed everything to do the right thing by Haven- his friends, position in the football team, his sanity...

Haven on the other hand... half of the time I loved her and wanted her as a best friend. The other half her character just made me roll my eyes in frustration.
At exactly 75% I had to put the book aside and decide if I was going to continue or not -SPOILERS AHEAD - Haven has the guts to ask Wick to 'do his business' in a condom so she can use it to get revenge on her ex on same elaborate and very very stupid plan. That she had such a horrible idea didn't affect me much, but Wick agreeing to do it and even going with her? I turned off my kindle and walked away. What guy agrees to that? unrealistic, stupid, pathetic... just no. It was really really hard to go back to the book after that.

I was also conflicted with the side story that was going on. In between Haven's and Wick's chapters we also got a 3rd pov- Henry's. To start it made no sense whatsoever and threw me off. I got very annoyed every time it was his chapter. It was good, brilliant even, but for along time it felt like two different stories and I did not like that at all. Eventually it all makes sense. Henry's story is heartbreaking and I did like it in the end, but at that point I was also tired of it all already...

In the end the book fell right in the middle of the road for me. Neither great or bad. It had brilliant moments and terrible moments. I think if you enjoy high school romance or young college romance you might like it more than I did, I just have no patience with childish characters, which Haven proved to be.

Released date yet to be confirmed in May.
Find the book at GoodReads