What an amazing read!!!! What else did this amazing writer has out there? I must know! 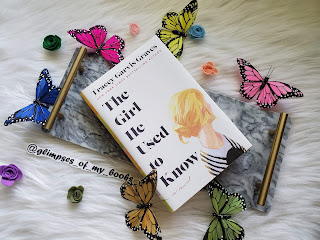 
Annika (rhymes with Monica) Rose is an English major at the University of Illinois. Anxious in social situations where she finds most people's behavior confusing, she'd rather be surrounded by the order and discipline of books or the quiet solitude of playing chess.


Jonathan Hoffman joined the chess club and lost his first game--and his heart--to the shy and awkward, yet brilliant and beautiful Annika. He admires her ability to be true to herself, quirks and all, and accepts the challenges involved in pursuing a relationship with her. Jonathan and Annika bring out the best in each other, finding the confidence and courage within themselves to plan a future together. What follows is a tumultuous yet tender love affair that withstands everything except the unforeseen tragedy that forces them apart, shattering their connection and leaving them to navigate their lives alone.

Now, a decade later, fate reunites Annika and Jonathan in Chicago. She's living the life she wanted as a librarian. He's a Wall Street whiz, recovering from a divorce and seeking a fresh start. The attraction and strong feelings they once shared are instantly rekindled, but until they confront the fears and anxieties that drove them apart, their second chance will end before it truly begins.

I cannot say enough how amazed and in love I am with Annika's and Jonathan's story. I don't even know if I can eloquently put it into words. When the audio book (which I was listening to in my car on my way to and from work) ended I wanted to get out and applaud. Applaud the author, applaud the narrators... Not one thing about it wasn't perfection.

Every once in a while you find a book that touches you so profoundly that even after it is done you are still hearing it and reliving it in your head. That is me now and I suspect for a long time still.
It is not just that The Girl He Used to Know is a great romance, it is also that the characters took on a life of their own. It is a story of hope inasmuch as it is a love story.

Those last few chapters almost killed me. I don't remember last time I cried so hard or was so anxious to know what happens next. It was grueling!!

Annika's chapters transported you into a completely new world. The way she sees and feels things is so unique and distinct it is hard not to both feel for her and fall for her. She is sensitive and naive but not by choice and most certainly not because she is weak, if anything she is the strongest character I've read in a while. To live life to the fullest while having to always concentrate on things in order for them to make sense has got to be tiring. And the amount of research the author must have gone through to truthfully represent someone like her is nothing short than admirable.

Jonathan was... perfect. There really isn't another word to describe him. He was patient, kind, loving, hard working... He was everything Annika needed in her life and she was everything he needed in his. I do wish there was one last chapter from his perspective, but not enough to not still give the book a 5 star rating.

anyway... I could sit here and talk about the book in more detail for hours and hours, but I feel that if I say more I will get into the details and spoil it for you. Just go read it, I promise you won't regret it.