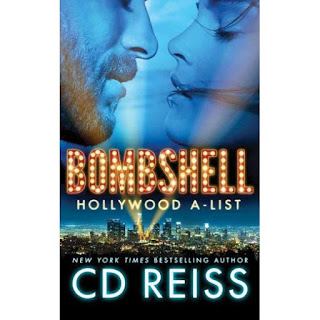 Book blurb:
"Hollywood bad boy Brad Sinclair always gets his way, whether it’s the role he wants or the bikini-clad model he has to have. But when a bombshell gets dropped in his lap in the form of a dimpled five-year-old from a forgotten relationship, he knows his life is about to change forever.Cara DuMont isn’t exactly thrilled when she gets assigned to be the nanny for the latest box-office king. She has one rule: no celebrity parents!But as soon as Cara meets Brad and his adorable little girl, she knows she’s in for a world of trouble. Because there’s something about the way Brad looks at her that makes her believe that some rules are meant to be broken…"


Sounds interesting enough right? Or at the very least a easy late night read for when your brain needs a brake from overly complicate book plots (which happens to me often since I read YA fantasy a lot).
Well, I am sorry to break this to you but this is not what you will get here. The plot is just wrong. The story does not work at all. There are a few sweet moments and the kid is adorable so I cannot give no stars at all, but it certainly no worth more than 1.5.

It didn't start bad. Their first meeting was not about them, but about the kid. And I liked that. He recognized she was better with his kid than the other girl and he is meant to be a character used to getting what he wants because of money. So I understood and appreciated the way they met. I also liked the way they first met at his house. She accepted to come to consult to him, but not to work for him. Her honesty and straight forward talking was nice, refreshing even. But from that point onward everything went south.

The characters:
First we have Cara. She came across standoffish, cold, boring and forgettable. To be honest, her friend was a lot more interesting than she was. In the end I felt indifferent towards her, I will be surprised if I remember her name tomorrow morning.

Then we have Brad... How old is he meant to be? 15? because that is how he came across. He was immature, selfish, unappealing. He is meant to be this super sexy guy but his attitude is so 'meh' that I can't even picture the character in my mind. There were many times in the book were I question if Cara was babysitting him or the kid. It was seriously hard to tell.

The little girl was cute, adorable and mildly entertaining. The 1.5 score goes for her and the first 10 or so pages. That is it.