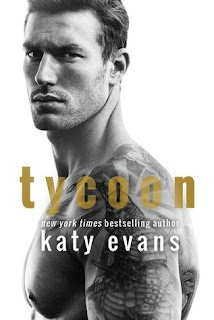 This was an "ok" read to me. There was nothing special about it, nothing different. At times was sweet and all you would hope from a New Adult book, at other times it was repetitive and boring.

The plot is not original, it has well used themes. But themes that are well used because they work, because readers like them. I know I do!! Hence I was looking forward to it.
It is a story of high school friends who meet again later in life: friends to lovers, second chance in love. And it is the very popular story of a rich guy who falls for feisty and not so rich girl. I like those themes, they are common NA and they work. Well...most of the time they do.

The Blurb:
He wasn’t always this rich. This hot. This difficult.
Aaric Christos was a guy who protected me. Wanted me. Maybe even loved me.
That man is gone.
In his place is the most powerful real estate tycoon in the city.
He’s a cold, ruthless, aggressive businessman.
The only one who can save me and my startup from ruin.
It takes every ounce of courage to put my pride aside and ask for his help.
I didn’t expect him to offer it easily.
And he doesn’t.
Instead, he vets me harder than he’s vetted anyone.
Don’t invest in what you don’t know, he says.
He's assessing every piece of me, to the point I've never felt so bare.
I yearn for the boy I once knew, whose touch once craved me.
Putting it all on the line will be worth it, I tell myself.
Until I realize—too late—that some risks are not worth taking.

For starters, the Blurb is not accurate.
He’s a cold, ruthless, aggressive businessman.-->Aaric is not ruthless. He is actually quite nice. And aggressive businessman for sure, but not ruthless.
I didn’t expect him to offer it easily.And he doesn’t.--> Yes, he does.
Instead, he vets me harder than he’s vetted anyone.--> He doesn't vet her at all. I was actually looking forward to that, to this tension that did never come into existence. Going out to dinner and talking about the best is not vetting!

The book started well. I really liked Bryn at first. She believes in her business and is not willing to give up. It was nice to see her go for it, fight for it. I liked how in touch with reality her situation was at first too- walking dogs to make ends meet in the Big City. But as a whole she was so immature. And chasing a guy that has a girlfriend? no no and no. I can handle love triangles, falling in love with more than on person may not happen often but it does happen. Cheating though...no.
And then there was the whole 'my parents died thing' that just wouldn't go away. It was a nice touch to the story the first time it was mentioned, even the second and the third. It was cute. The alarm clock thing was cute. But after the 100th time it was just plain annoying. Did she have one single conversation with him where she did not bring up her dad parents or his dead mum? so annoying.

I really liked Aaric at first too. He was honest, hard working. Not your usual NA alpha male, a little more down to earth and in touch with reality. His past suited him, made sense. He knows what he wants and fights for it. He may be a rich man now but it wasn't always that  way and he remembers that. The ending the author gave him though was very infuriating. He ended up coming across towards the end as a needy child incapable of dealing with his own problems in a mature way. Which goes against everything we learnt of him throughout the freaking book. I hated, despised the events in the end of the book. That was so unnecessary. And the brother involvement just made it even worse.

So...yah... it was an ok read. Nothing to be excited about, but with enough good bits to make it an ok late night read.