A Book of Spirits and Thieves #1 & #2 by Morgan Rhodes 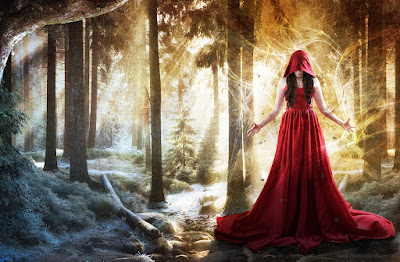 A Book of Spirits and Thieves 5/5 stars
The Darkest Magic 4.5/5 stars

Morgan Rhodes is, no shadow of doubt, one of my top 5 favorite authors of all time. When it comes to YA fantasy the woman always delivers!
She has this amazing ability to hook you on a book from the very start. And the quotes you get out of it... OMG!!! Here is one:

"Tears aren't just for babies. They're proof that you feel something and aren't afraid to show it. It's those who won't ever allow themselves to cry that are the weak ones."

I could praise Morgan Rhodes the whole day, so let's start this review before you all get bored of me.

The books tell a story of two sisters and of two parallel universes...

In modern day Toronto there is a book that put one of the sisters -Becca- in a coma; A guy who claims to be a god and can control people, he leads a ultra-secret society and seeks the book that put Becca in a coma; Two brothers struggling to cope with the lost of their older brother and who get involved in said secret society through their parents and have very different reactions to it.
In ancient Mytica we have two goddesses controlling the north and south kingdoms. If you have read Falling Kingdoms you have heard of them: Valoria and Cleiona; A young boy named Maddox who has strange powers and is torn between his troubles and the troubles of a stranger when he is visited by her spirit, she claims to be from another world, her name is Becca.

Falling Kingdoms was not the sort of book you immediately fell in love with. It took book two to truly sell it for me, there is a lot of world building in the first book.
The same is NOT true here. I found myself dragged along to modern Toronto and ancient Mytica with the characters from the very first chapter. I mean, who wouldn't want to travel between worlds by simply touching a book? Gosh... there are so many books I would love to do that with!!!!

I love how Morgan Rhodes makes every chapter centered around one particular character. She does that in Falling Kingdoms and here again. I love having all the characters voices and thoughts in my head while I read rather than just one narrator.

First we meet Crystal. She loves photography, is rather free-spirited and most certainly does not believe in magic. Which becomes rather problematic when she witness her sister going into a coma after merely touching a very strange old book.

The next character we meet is Farrel. He reminds me so much of Maguns from Falling Kingdoms... needless to say, I love him. He is a party boy, from a rich family and thinks he can do whatever he wants to whomever he wants. Or does he? grief does strange things to people.

Then we have Maddox, the single most adorable boy Morgan Rhodes has ever written. Do you like Jem Carstairs from the Infernal Devices by Cassandra Clare? that is who Maddox reminds me off. His personality that is, their worlds (and health) are very very different.

Becca does not get her own chapters till The Darkest Magic, what we know of her in the first book we know through Crystal and Maddox. That being said, she is one of the most interesting characters. Her young demeanor, innocence and light hearted attitude while trapped in another world made for a very cute and heartwarming read.

I cannot wait for the third book to come out!!!
Go Read!