October 27, 2017
I am absolutely in love with the Beautiful Bastard series. So far each book has been better than the other! My favorite at this time (I still have two to read) is Beautiful Secret. 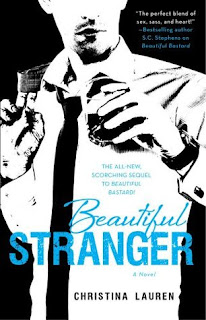 Beautiful Stranger is about Sara and Max. Sara just moved to NY after finding out her fiancé was cheating on her. She is close friends with Chloe and Bennett (Beautiful Bastard) and now works with them. Max is just a hot single guy enjoying life with whatever woman is willing to enjoy it with him. He is also friends with Bennett, they were roommates back in college.

Sara wants to have fun, she feels she owes it to herself. And Max is there to make sure she does!
Sara does not want anything serious, they meet on Fridays, they have fun, and that is that.
The story is not original, but it is written well and in good Christina Lauren fashion, it is also funny and charming.

Needless to say they slowly fall for each other and start changing their own rules. From meeting on Fridays to perhaps whenever they can... it’s sweet. It's all you could hope for from a Christina Lauren book!

Why not 5? Why 4.8? No particular reason... I simply thought Beautiful Bastard and Beautiful Secret were a tiny bit better! 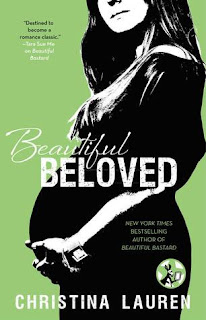 If you've read Beautiful Stranger and have come to love those two you will love this short story too.
Our gorgeous Max and our beautiful Sara now have a baby. They are still very much in love with each other and with their little girl. There isn't a more devoted dad. Its swoon worthy!
The thing I, they were wild before having a child and are struggling now to find a new rhythm.
You will giggle, you will laugh, your heart will swoon!

I only do not give 5 stars because I can never bring myself to do that for short novels. Feels unfair! Hehe 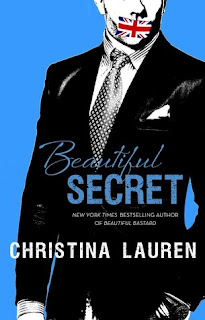 My favorite so far! I am truly madly deeply in love with Neill. He is perfect ❤
Charming, funny, and yet completely utterly clueless.
Ruby and Neill ... swooning over here big time!

It was wonderful to see the roles reverse as well. The usual guy chases innocent girl here does not happen. It is the exact opposite. Neil married his high school sweet heart, divorced after years of unhappiness and believes himself clueless about woman.
Our Ruby is the opposite. She says what she means, does what she wants, and is very confident within herself.

It was charming to see Neill falling in love with her throughout all her truly embarrassing moments. She may be confident and outspoken, but she is also silly and very clumsy!

This was perhaps the sell 'steamy' of the series (in my personal opinion) but it was the sweetest, the most real and the most touching. I want to reread it already!