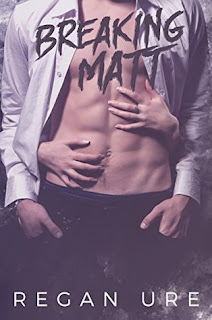 I love Matt! I fell for him in Loving Bad, needed more of him in Surviving Slater, and was very much looking forward to a book on him.
I think that if you read this as a standalone, not because you want more of Matt, you will rate it higher than I did. It was a very good New Adult book.

The main character in the book is not Matt though, and there lies the problem for me, a Matt fan... Towards the end of the book you know as much about him as you knew in the beginning. He is a tough bodyguard with a heart of gold... even though towards the end she kind of writes him a little mean. I get it though, who wouldn't on his shoes?

The main character is Sarah. She is a spoiled rich girl who does't believe in love and will pretty much use boys to satisfy her needs. Her internal monologues through out the book for the most part drove me nuts. It is only towards the end, when she is miserable, that I start to like her. Maybe because she is miserable? I am heartless like that 🤣

The story goes more or less like so (spoiler free): Sarah's dad is a powerful man with many enemies. One of them is proving to be a real treat. He hires bodyguards to watch over his daughter. Matt gets closer to her but doesn't tell her he is a bodyguard (since she refuses to have one). Things spiral out of control from there, both in their relationship and on the threats over her life.

All in all though it was a fab book, I am just giving it a hard time because I wanted more of Matt.